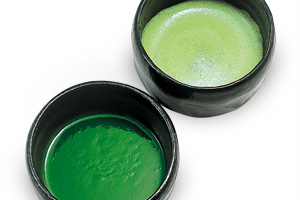 Matcha can be made in two consistencies, thin like regular coffee 'usucha' or very thick like cream soup 'koicha'. All Matcha can be enjoyed as usucha, however, only the highest quality matcha are suitable for koicha. Since koicha is quite thick, it requires matcha that is less astringent than standard matcha for usucha. Among Marukyu Koyamaen matcha, "Kinrin" and up may be enjoyed as either thick or thin tea, while "Wako" and down should only be used for usucha, thin tea. 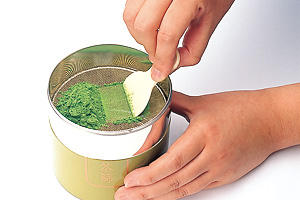 Since Matcha is a very fine powder it tends to coalesce over time. It is therefore highly recommended to sift the tea in a fine-meshed strainer before use to avoid lumps in the tea. 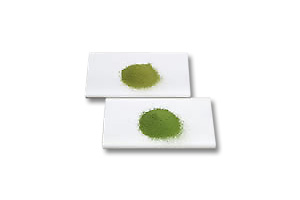 Colour and flavour of Matcha

Fresh high-quality Matcha has a beautiful and attractive vibrant light green colour. However, with age and if exposed to open air, it turns a dull olive. The taste of the tea undergoes a similar change. It is therefore important to pay attention to the way the tea is stored. Matcha is best kept in a dark, cool and dry place sealed off from air access. Also, once a can or bag has been opened, the tea should be consumed within a short time.

How to store Matcha

Similar to other green teas matcha is adversely affected by heat, humidity, light, air and odor that transfer from other substances. Fresh high-quality matcha has a vibrant green colour, a heady aroma, and balanced flavour. However, when exposed to the above elements, matcha takes on a dull olive hue and the taste disintegrates. It is therefore important to store matcha properly.

One of the best ways of preserving the quality of matcha is to refrigerate it whether the container is opened or not. Once opened, our pull-top canned Matcha should be refrigerated and should be consumed ideally as soon as possible. If frozen in an unopened can, matcha retain its freshness for several months. To prevent Matcha that was stored in the refrigerator or freezer from clumping when exposed to air, it should be allowed to warm up to room temperature before the package is opened.

Growing and Processing of Matcha

Growing and Processing of Matcha

From Growing to Production of Tencha 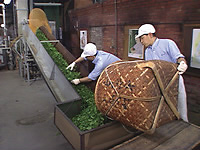 Tea leaves grown for matcha are harvested only once a year. The trees are dormant during the winter, and the growth of new leaves and their harvesting occur within a very limited time frame of less than two months.

The processing of Tencha to Matcha 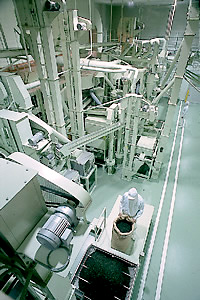